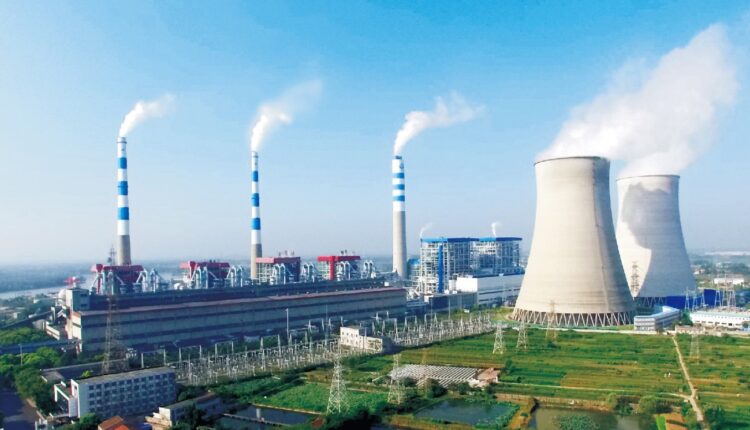 Under the vision of “net zero emissions”, the global energy system is facing reconstruction and comprehensive and deep transformation. Natural Gas Consumption is regarded as an important bridge for the conversion of highly polluting fossil energy to new energy sources.

Natural Gas Consumption Growth, International experience shows that in some countries that have achieved peak carbon, the proportion of natural gas use is relatively high. Some countries have produced more natural gas than coal-fired power.

According to the recently released Bp World Energy Statistics Yearbook, the share of natural gas in global primary energy continued to rise in 2020, reaching an all-time high of 24.7%. However, in contrast, according to the data of the National Bureau of Statistics, in 2020, the proportion of natural gas in the total domestic energy consumption is only 8.4%, about one-third of the world’s total energy consumption, and the future improvement space will still be considerable.

According to the China Natural Gas Development Report (2021) (hereinafter referred to as the “Report”) jointly issued by the State Energy Administration, the Development Research Center of the State Council and the Ministry of Natural Resources on August 21, through reasonable guidance and market construction, the scale of natural gas consumption in China is expected to reach 420 billion to 450 billion in 2025. Billion cubic meters, reaching 550-600 billion cubic meters by 2030.

Compared with Natural Gas Consumption 328 billion cubic meters in 2020, the highest growth rate reached 37% and 83% respectively. Since then, natural gas consumption has grown steadily and sustainably, and entered the development platform period around 2040. This means that in the next two decades, the basic trend of coordinated and stable development of natural gas in China will not change.

In reaffirming the important strategic positioning of natural gas, the report makes it clear that natural gas is an important force to achieve carbon peak, carbon neutrality and the goal of “beautiful China”, and is one of the important ways to build a clean, low-carbon, safe and efficient energy system.

“From the current peak of carbon in 2030 to the transition timeline of carbon neutrality by 2060, clean energy sources such as natural gas and liquefied petroleum gas in traditional energy still play an irreplaceable role and will be the main energy source that replaces coal and oil in large quantities in the next two decades.” Recently, some gas industry experts further believed in an interview with reporters.

In fact, with the support of carbon peak and carbon neutrality goals, the growth of domestic natural gas consumption in the first half of the year ushered in a new climax. At the end of July, the National Energy Administration’s regular press conference said that in the first half of the year, China’s natural gas market demand was strong, an increase of 21.2% year-on-year, an increase of 23.5% compared with the same period in 2019. Among them, industrial gas maintained a relatively fast growth trend, with a year-on-year growth rate of 26.6% and a contribution rate of 44.7%, and power generation gas also increased by 15.2% year-on-year so,Natural Gas Consumption Growth.

Combined with the market situation in the first half of the year, the report preliminarily judged that China’s natural gas consumption will reach 365 billion to 370 billion cubic meters in 2021, and the growth rate will reach 12.8%, which is in a reasonable range of medium and high-speed growth.

Guo Zonghua, former president of Shaanxi Gas Design Institute, once wrote an article that in the process of energy transformation, the choice of transitional energy is considered from the comprehensive factors such as the scale of supply of resources and the cleanliness of resource emissions, the convenience of use, the economy of consumption, the safety of supply, etc. Natural gas is the only energy source that can bear this task, and its importance There is no doubt. (Natural Gas Consumption Growth)

“The reform of the oil and gas system and the proposal of the national carbon peak and carbon neutralization goals are injecting new impetus into the development of the natural gas industry. In the next two decades, natural gas will take on an important role in the process of energy conservation, emission reduction and carbon emission reduction in China. We are firmly optimistic about the development prospects of China’s urban gas industry and are very confident about the development prospects of the industry. Xiong Wei, deputy secretary-general of China Urban Gas Association, told reporters.

Guo Zonghua is more optimistic that there is still room for growth in China’s natural gas consumption in the future, including urban centralized heating, transportation, industry, and rural living and heating gas. In the future, China’s natural gas consumption will increase by more than 520 billion cubic meters, which can grow to more than 840 billion cubic meters.

In Xiong Wei’s view, at present, there are still many positive and favorable factors to support the continuous expansion of China’s natural gas consumption, both at the institutional and institutional level and in the market demand level. (Natural Gas Consumption Growth)

On the one hand, in the past year, the National Pipeline Network Company has officially started operation and launched the “consignor” pipeline network access registration mechanism. Many large LNG receiving stations along the coast have also begun to open to third parties. The marketization and diversification reform of the domestic natural gas industry have taken a key step, and also integrated gas sources for urban gas operators. Improving the gas source guarantee ability and reducing the cost of customer energy consumption bring opportunities.

Coincidentally, whether it is the Proposal of the Central Committee of the Communist Party of China on Formulating the 14th Five-Year Plan for National Economic and Social Development and the Vision Goals for TH35, the First Document of the Central Committee in 2021, and the newly promulgated Law of the People’s Republic of China on the Promotion of Rural Revitalization, it is necessary for the implementation of rural clean energy construction workers. Cheng, as well as the active deployment to improve urban and rural water, electricity, roads, gas and other infrastructure, have ushered in historic development opportunities for gas going to the countryside and micropipe network business.

Guided by this positive policy, the work of “gas-for-coal” will continue to be steadily promoted in the future, and there is still a very considerable incremental market in rural areas in the north.” Although the annual new connection of “gas-for-coal” will slow down in the next few years, according to the plans related to clean energy heating in the 15 northern provinces of the country, there are still at least 40 million markets for “gas-for-coal” that meet the investment criteria. Xiong Wei said.

Taking China Natural Gas Consumption as an example alone, it is expected that in the next five years, the group will connect 4 million “gas-for-coal” users in rural areas in the north, 800,000 per year, and over time, the service scope will be extended to more surrounding industrial and commercial users.

In southern China and coastal areas, according to preliminary estimates, there are still about 90 million township households that do not use pipeline gas, which is another huge potential market for microtubular network business.

The reporter learned from China Gas Group that at present, the group has signed 2 million microtubule network users with 26 counties and districts in China, and plans to connect 20-30 million families in the next decade.” At present, we have reached an agreement with Beijing Fuel Industry that the two sides will take the LPG intelligent micro-pipe network as the starting point to jointly develop the “bottle-to-pipe” market in Beijing and surrounding Tianjin and Hebei. Liu Minghui said.

Liu Manping, senior economist of the Price Monitoring Center of the National Development and Reform Commission, pointed out that with the promotion of carbon peak and carbon neutralization goals, the natural gas market, especially the downstream market, will enter the stage of “great reform, full opening up, multi-competition, strong supervision and low return” in the future. If market subjects want to gain a competitive advantage, they will rely more on enterprise regulations. Modeling and service quality.

“We believe that China’s urban gas industry may still have many integrations in the next two or three years, and the concentration of the industry will be further improved. The five major gas groups, including China Gas, still have many opportunities to acquire local urban gas and small and medium-sized gas enterprises, and in the process, promote themselves and the whole industry to achieve high-quality development. Exhibition.” Xiong Wei also pointed out.

At the same time, the reporter learned that on the basis of continuing to strengthen the traditional gas business, urban gas operators currently represented by five national urban combustion groups, such as China Gas, Hong Kong China Gas and Xinao Co., Ltd., have also begun to seek to use their huge customer resource advantages, actively respond to user needs, enrich new services and The new business has intensified the transformation to a cleaner and lower-carbon integrated energy and smart energy system, and is committed to building a leader in the construction of China’s new energy system. (Natural Gas Consumption Growth)

Hong Kong Zhonghua Gas has also raised its new energy and smart energy business to the group’s strategic height, and has made a large plan to develop 50 zero-carbon smart city projects within five years.

On the one hand, we will provide more than 45 million residents and industrial and commercial users with natural gas, liquefied petroleum gas, steam, cold, heat and other forms of energy services; on the other hand, we will base on the huge customer network of more than 45 million users, seize the opportunity of China’s energy structure transformation and upgrading, relying on the latest science. Technology and business form, dig deep into value-added services, and provide customers with economical, convenient and clean energy services.” Liu Minghui said.

Relevant data show that since fiscal year 2015, the gross profit compound growth rate of the value-added business sector has reached 61.3%.

“At present, we are exploring the feasibility of developing various clean energy and renewable energy, including enterprises such as Longji and CNOOC to jointly develop new energy businesses such as photovoltaic and hydrogen energy. The group is very confident that the carbon neutrality target will be reached by 2050, and the carbon emission intensity will be significantly reduced in 2025 compared with 2020.” Liu Minghui further said.