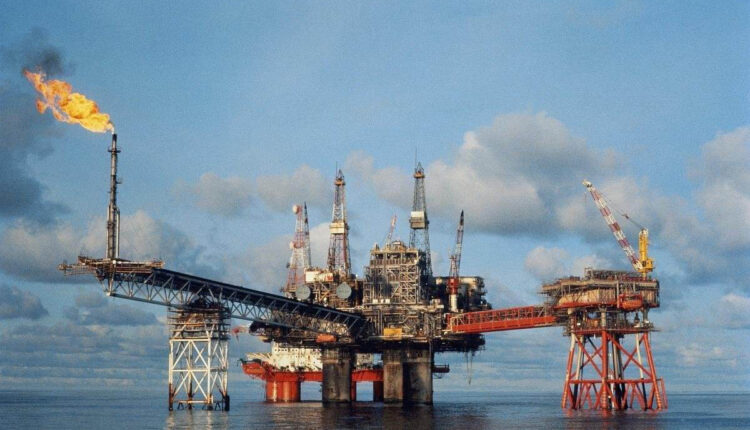 Natural Gas Renewable Energy : analysis of the huge impact of the global coronavirus epidemic on the energy market and the possible impact on the evolution of global energy trends in the future, which has attracted industry attention.

Natural Gas Renewable Energy Competitiveness Market Which of the changes in the global energy industry last year or even the past five years impressed you?

Dale: I think there are three changes that are very important. First, when the United Nations Climate Summit in Paris was held in 2015, no major country promised to achieve net zero emissions. But now that the countries that make up 70% of global carbon dioxide emissions have committed to net zero emissions, the discussion of net zero emissions has become the focus of the world. This trend has quietly occurred in the past five years.

Second, about the change of energy system, hydrogen energy was not the topic we discussed five years ago. But since then, we can see that hydrogen energy has become more and more important.

Third, we now recognize that power systems can reduce emissions. Wind and solar energy have great potential, and can contribute 60% to 70% of the world’s electricity demand in the future. It is a consensus to achieve the above goals in the next 20-30 years, which was not available five years ago.

Dale: The whole world is paying close attention to the changes in China’s carbon trading market. China has now developed the world’s largest carbon trading market. I think China will learn how to develop its own carbon market. Carbon prices are relatively low now, so this price mechanism has not been effective so far, but I think China is sending a good price signal, which is a good start.

Reporter: When can we see the economy grow and carbon dioxide decrease?

Dale: The challenge ahead is that we must find a way to reduce carbon dioxide while growing economically. We need to do two things: first, further improve the energy intensity, that is to say, the energy intensity required for each GDP growth is decreasing, so we need to improve energy efficiency; second, we need to continuously improve the carbon dioxide intensity of the whole GDP, that is to say, reduce the use of fossil energy and use more Solar energy, wind energy, renewable energy. This goal can only be achieved if we all work together and act quickly and on a large scale to promote change.

However, even with the above goals in the next 10 years, oil and gas will remain one of our company’s important businesses. So our idea is to continue to earn some income from oil and gas, and then invest this part of this income in our low-carbon business, and by 2030, we will invest ten times more in low-carbon energy than now.

Reporter: (Natural Gas Renewable Energy) Under the goal of energy transformation and net zero emissions, major energy companies are unwilling to invest or afraid to invest in oil and gas investment. Will this make oil and gas in short supply and demand?

Therefore, Bp believes that the world needs to transform and gradually say goodbye to the oil and gas era. As an energy enterprise, we are obliged. However, it should also be clearly recognized that oil and gas will remain indispensable for maintaining human economic prosperity in the next 10-15 years at least, and if the existing oil and gas projects still need to be maintained or even increased, they need to continue to invest.

Reporter: (Natural Gas Renewable Energy) Some people say that natural gas is a transitional energy source, others say it is the ultimate energy source. What’s your opinion? What is the development strategy of BP company’s natural gas business?

Dale: Natural gas is very tough, much higher than oil. In my opinion, there are two main factors. First, natural gas can help developing countries and emerging economies reduce and decarbonize at a relatively fast rate. If China’s coal accounts for a large proportion of an economy’s energy structure, but at the same time the energy demand of the economy is still growing rapidly, it needs to vigorously develop natural gas.

At the same time, it needs to vigorously develop renewable energy, that is, walking on two legs, to help a country quickly reduce the structure of coal. The proportion. Many Asian countries’ own natural gas production capacity is insufficient, which means that they will increase their natural gas imports. Bp is optimistic about the LNG business. This will be a fast-growing market in the next 10-15 years, and the LNG trade may even double.

Reporter: Now China’s hydrogen energy development is relatively hot, and capital has entered this field one after another. But we have also noticed a phenomenon that Honda plans to stop the production of hydrogen fuel cell vehicles from August this year. What do you think of this somewhat contrast?

Dale: I don’t think there is much difference in views. Hydrogen energy does need to play an important role in the global energy system.

At the same time, there are also some heavy industries, which need high temperature heating, which cannot be electrified, so hydrogen energy is needed to play a role in this regard. We know that hydrogen can play an important role in the transportation industry. Passenger cars are easier to electrify, but heavy trucks, especially long-distance heavy trucks, are difficult to electrify, which requires hydrogen vehicles.

Reporter: (Natural Gas Renewable Energy) In the field of low-carbon energy, we see that many enterprises and institutions, including bp, regard solar and wind energy as a main growth force in the future. What do you think are the competitiveness of these two energy sources compared with other renewable energy sources?

Natural Gas Renewable Energy Competition does not require much government support. Of course, wind and solar power generation requires a certain amount of land and resources. 1GW wind and solar power is less efficient than 1GW nuclear energy and 1GW natural gas power generation. But these inefficiencies have been taken into account in costs, so the total cost can still compete with other energy sources.