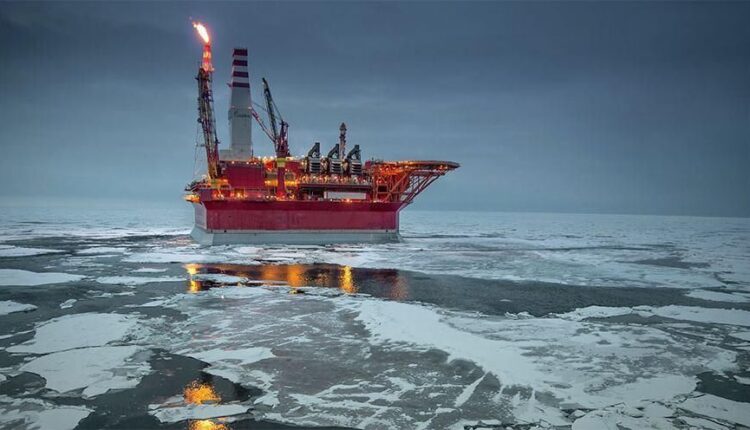 In an environment where climate change continues to intensify, Arctic Oil And Gas Exploration and development activities are still in full swing.

As a strategic reserve of oil and gas exploration resources comparable to the Gulf region, the Arctic has always been highly valued by various countries and energy companies.

Despite the constant global voices against fossil fuels, oil and gas exploration activities in the Arctic have not decreased, and the expected risk of a break in the development capital chain has not appeared.

The attractive economic benefits emanating from huge oil and gas reserves are giving more energy. The enterprise is succeeding.

At present, Russia, the United States, Norway and other countries continue to expand their oil and gas development territory in the Arctic.

Gazprom, ConocoPhillips, Total Energy and other companies are “frequent visitors” in the region, and some small and medium independent developers have also come here. Nuggets”.

French think tank “Reclaim Finance” pointed out that 599 oil and gas fields have been discovered in the Arctic region, most of which are in the development or production stage, and the remaining ones are under preliminary planning or pending final investment decisions. It is expected that the Arctic oil and gas production will be produced in the next 5 years Will increase by 20%.

The Russian “Kommersant” reported that in late September, Lukoil and Gazprom’s subsidiary Gazprom signed a cooperation agreement to establish a new joint venture company for the development of the Arctic, aiming to develop in the Yamal-Nenets Autonomous Region.

The Nadym-Pur-Taz (Nadym-Pur-Taz) area oil and gas project, the project has more than 1 billion tons of oil and nearly 500 billion cubic meters of natural gas reserves oil and gas exploration.

At the end of September, Gazprom again obtained the right to develop the Ust-Yenisey area in the northern part of the Tamil Peninsula.

The Barents Observer Network pointed out that Russia’s Arctic oil and gas development strategy is moving northward and will reach areas that have never been visited by humans. The country’s oil and gas producers are competing for exploration licenses in these most remote and vulnerable areas.

During the same period, Australian oil and gas exploration and producer 88Energy also announced that it had discovered the Peregrine oil field with 1.6 billion barrels of crude oil reserves in the Alaska National Petroleum Reserve of the United States, which is adjacent to the Willow oil field developed by ConocoPhillips.

It is understood that Willow Oil Field has 400-750 million barrels of recoverable reserves. Once it reaches its peak production, it can account for 20% of Alaska’s total oil and gas production.

Coupled with the newly discovered Peregrine oil field, oil and gas production in the Arctic Alaska will undoubtedly increase further. .

The environmental organization “Earth Justice” pointed out that once the Peregrine oil field is developed, the greenhouse gas emissions will be three times that of the Willow oil field.

“The Arctic region is like a’climate bomb’. The oil and gas exploration industry is bent on detonating it. This greatly increases the difficulty of avoiding climate collapse in the world.” said Alix Mazouniev, an analyst at “Recycling Finance”. “However, the oil and gas industry is not the only What he is interested in, the financial industry that provides financing services also pays close attention to the Arctic region.”

According to “Recycling Finance” data, the financial industry has provided more than $314 billion in funds for Arctic oil and gas projects from 2016 to 2020. Although major global banks and financial institutions have made commitments to limit fossil fuel financing and restrict Arctic development, they continue to “give the green light” to new oil and gas projects in the region.

It is understood that the above-mentioned funds of more than 314 billion US dollars all come from major banks and asset management companies, most of which have even made net zero emission commitments, including JPMorgan Chase, Barclays, Citigroup and so on.

JP Morgan Chase is the largest investor in Arctic oil and gas exploration, providing US$18.6 billion in financing in five years, Barclays provided US$13.2 billion, Citigroup provided US$12.2 billion, and BNP Paribas provided US$11.8 billion.

Private equity is also on the list. Statistics from “Recycling Finance” show that as of March, private equity investment companies held shares worth US$272 billion in oil and gas exploration companies that have operations in the Arctic, of which BlackRock’s holdings are worth US$28.5 billion, and the US Pioneer takes the lead in holdings. 21.6 billion U.S. dollars, of which Crédit Orient holds a value of 12.9 billion U.S. dollars.

Oilprice.com pointed out that 20 of the top 30 banks currently operating in the Arctic region have the so-called “Arctic Restriction Policy”, but none of them counts new exploration and production projects.

AXA and Morgan Stanley, the world’s largest insurance groups, define the Arctic as “very limited”, that is, allowing continuous expansion, while the financing services of Goldman Sachs and Crédit Agricole only restrict oil projects and allow financing of natural gas projects.

New battlefield of the oil and gas exploration game

In June, U.S. President Biden announced that he would suspend oil and gas exploration activities in the Alaska National Arctic Wildlife Refuge. This move caused great controversy in U.S. politics. Politicians led by the Republican Party claimed that this would endanger local economic development and promised to use it. All necessary means to undo this behavior.

The Arctic region of Alaska in the United States is rich in oil and gas resources, but the ecological environment is very fragile and sensitive. Industrial activities may have irreversible effects on the local ecosystem.

Whether to “unlock” oil and gas exploration has always been a topic of ongoing debate within the United States. .

Russian Deputy Prime Minister Alexander Novak recently stated that Russia’s oil and gas resources will not be exhausted in the short term. The offshore Arctic resources alone can last for decades or even centuries. The offshore area has 15 billion tons of oil and about 100 trillion yuan. Cubic meters of natural gas.

In November last year, Russian President Vladimir Putin signed the “Russian Federation Arctic Region Development and National Security Strategy Until 2035”, which aims to implement a “approach to local conditions” to solve the growing problems in the Russian Arctic.