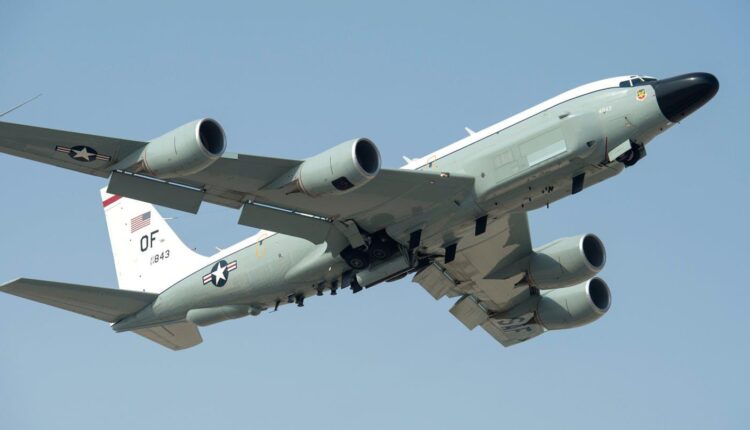 RC-135 U.S. missile surveillance aircraft arrived near the coast of Ningbo in the early morning and turned back for reconnaissance many times.

According to Chinese Sina News, The U.S. military RC-135S missile surveillance aircraft is located in the early morning in Ningbo offshore high-intensity operation.

At about 2 a.m. on August 16, an RC-135S reconnaissance plane of the U.S Air Force took off from Kadena, Okinawa for reconnaissance in the East China Sea. At about 4 a.m., it had arrived near the coast of Ningbo to carry out various retroactive flight reconnaissance.

At present, the mission is still continuing, and the nearest distance is about 20 nautical miles from the territorial sea line of mainland China.

The Boeing RC-135 is a family of large reconnaissance aircraft built by Boeing and modified by a number of companies, including General Dynamics, Lockheed, LTV, E-Systems, and L3 Technologies, and used by the United States Air Force and Royal Air Force to support theater and national level intelligence consumers with near real-time on-scene collection, analysis and dissemination capabilities.