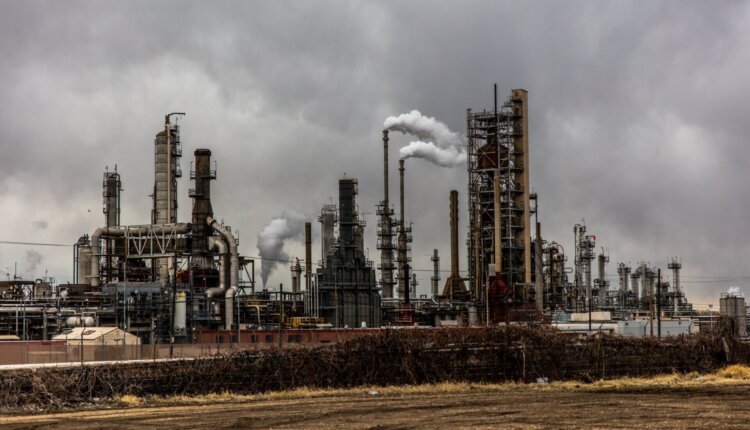 Organization of the Petroleum Exporting Countries OPEC forecast, decided on production quotas for September at a meeting on August 3, may remain silent on its production intentions at the meeting, but the organization’s An analysis of the global oil glut was lower than previously estimated.

The oversupply fell to 800,000 bpd this year, according to a market report released by the OPEC secretariat to delegates, compared with the 1 million bpd projected by the group at its June 30 meeting.

However, the analysis assumes OPEC forecast August crude output will increase by 500,000 bpd from July and remain there through the end of the year, a questionable proposition given that many members have been struggling to meet their output targets for months.

In recent weeks, top OPEC members Saudi Arabia and the United Arab Emirates have faced increasing pressure from key customers such as the United States, Japan and France to increase output and help ease high oil prices that have fueled rampant inflation in many countries.

But the group may choose to keep quotas unchanged in September to prevent a slump in demand due to rising interest rates and the prospect of a recession in the coming months, but no decision has been made so far, delegates said.

“Global markets are currently volatile and fragile,” Iraq’s official news agency quoted Assem Jihad, a spokesman for the country’s oil ministry, as saying. He added that the group would not increase production at the expense of the stability of the oil market.

OPEC crude production rose to a two-year high last month, rising by 270,000 bpd, as OPEC members in the Persian Gulf provided additional crude supplies to make up for shortages elsewhere.

Among them, Saudi Arabia accounted for about two-thirds of the increase. Saudi output rose by 180,000 bpd in July to 10.78 million bpd, a level rarely seen in Saudi Arabia’s decades as an oil exporter.

Oil sales in the UAE and Kuwait also rose sharply, the survey showed. The UAE boosted production to 3.24 million bpd, or 113,000 bpd more than the OPEC+ agreement’s output quota. Libya is also on the road to a recovery in production following the reopening of ports.

On Sunday, a senior Iranian lawmaker said, citing a briefing by Tehran’s chief nuclear negotiator, that talks to revive the deal could resume in Vienna “in the next few days.” U.S. Secretary of State Blinken said on Monday that he supported the latest EU proposal to salvage talks.

It was unclear whether the Persian Gulf state’s heavyweight oil companies were ready to do more to help their struggling counterparts. The OPEC+ Joint Technical Committee (JTC) has yet to discuss production-related policies, the OPEC+ representative said. The OPEC+ Joint Technical Committee cut its 2022 oil market surplus forecast by 200,000 bpd to 800,000 bpd, two representatives said.

OPEC and its allies have agreed to speed up a recovery in output cut amid the coronavirus pandemic as peak summer demand and disruptions to global output push fuel prices to levels that threaten the global economy. The coalition met on Wednesday to consider its next steps.

Although U.S. President Joe Biden has vowed that he expects Saudi Arabia to take “further steps” later, Saudi Arabia has been cautious. Several OPEC+ representatives said the group was likely to keep output steady in September, keeping spare capacity in case it was needed at a later date.

OPEC remains concerned about the threat to oil demand from a potential U.S. recession and the lingering impact of coronavirus lockdowns in Asia. Keeping output steady would also avoid a crack in relations with Russia, a key OPEC+ member.

Russia has been hit hard by Western sanctions over the Russia-Ukraine conflict. In a statement on Tuesday, the G7 said it would consider a blanket ban on all services capable of transporting Russian seaborne oil and petroleum products around the world unless the purchase price does not exceed those agreed with international partners.

The European Union and Britain have delayed plans to exclude Russia from the all-important marine insurance market amid fears that a sweeping insurance ban will limit global oil supplies and push up prices further, the Financial Times reported, citing British and EU officials.

With the European Union, Britain and the United States insuring about 90 percent of the world’s seaborne Russian oil shipments, U.S. officials fear that an insurance ban on Russia could push up prices by pulling millions of barrels of Russian crude and petroleum products off the market.

Analysts also pointed out that the insurance ban would have a bigger impact than the EU embargo on Russian oil, which would reduce Russia’s ability to export crude anywhere in the world.

However, according to the Financial Times, the UK has yet to impose such restrictions on Russian oil shipments by sea. The UK’s participation in the scheme is crucial as it is the centre of the marine insurance industry with many of the world’s largest marine insurers.

The latest sanctions against Russia, approved by the British parliament in July this year, only prohibit insurance for ships carrying Russian oil to the country and take effect after December 31. British officials said the government had committed to ban imports of Russian oil from the end of this year, but had not banned services for oil shipments from Russia to other countries.

The UK Treasury said it was still exploring the best course of action. “We stand ready to impose further sanctions on Russia and are working with our allies to ensure that these sanctions can be implemented with the greatest impact on the Russian economy.”

The EU’s insurance ban was introduced on June 4 and is currently being implemented. The ban prohibits EU companies from insuring and reinsuring any vessel carrying Russian oil. New insurance contracts will be banned immediately, while existing contracts will be phased out until December 5.

However, the EU has amended some sanctions to allow European companies to deal with some Russian state-owned entities, such as Rosneft, in order to ship oil to countries outside the EU.

“In order to avoid any potential negative impact on food and energy security around the world, the EU has decided to extend the exemptions from the ban to trade in agricultural products with certain state-owned entities and the shipment of oil to third countries.”

So, if only Russian oil is shipped to a third country, i.e. outside the EU, the EU actually still allows local companies to trade with Rosneft. The European Union appears to be weakening its efforts to curb the global flow of Russian oil, while traders are raising fresh questions about Britain’s commitment to an insurance ban, said sanctions lawyers.

Worries about soaring energy prices have prompted the United States to seek to persuade major oil importers, including Russia’s current major buyers China and India, to back a plan to cap Russian oil prices.

The U.S. and U.K. still plan to ban maritime services, including insurance, for Russian oil shipments until the EU ban takes full effect in December, U.S. officials said. But they want to set a price cap first. U.S. President Joe Biden is eager to lower gasoline prices ahead of the November midterm elections. The U.S.-led Group of Seven nations is considering dropping a ban on insurance and services for Russian oil shipments, provided the oil is purchased at no higher than a certain price, but details are yet to be decided.

Despite the SPR data, U.S. oil inventories are hovering near multi-year lows.

Distillate fuel oil inventories, which are closely linked to the economic cycle, are at their lowest levels since 2000.

U.S. oil inventories remain at multi-year lows this time of year despite record numbers from the Strategic Petroleum Reserve (SPR), with gasoline demand softening over the past few weeks due to high prices. Economic slowdown. Commercial crude oil and product inventories have failed to rebuild over the past few months, a low level that points to persistent tightness in gasoline and diesel markets in the near term that could keep prices higher.

However, the decline in U.S. gasoline demand has been under the spotlight in recent weeks after the national average gasoline price hit a record $5 a gallon in mid-June. This, coupled with recession fears, has put pressure on WTI crude prices. This week, the U.S. benchmark saw its biggest discount to the international Brent benchmark in more than three years.

This weak demand for gasoline has weighed on WTI, while Brent prices reflect tight global physical supplies, hampered by the Russian-Ukrainian war, Western sanctions, and European Union (EU) sanctions to be imposed by the end of the year. The push for Russia’s oil ban. WTI’s highest premium to Brent in three years has fueled a surge in U.S. crude exports, which hit a record 4.5 million barrels a day in the reporting week ended July 22.

However, according to the latest data from the EIA, the gasoline demand damage is not as pronounced as it first appeared, and the average gasoline demand for the past four weeks is still trending upwards.

Despite signs of falling WTI crude prices, U.S. oil inventories are at their lowest in years and, for some products in recent decades, a strong bullish factor for oil prices, but that doesn’t mean it’s likely to outpace the market’s fears of a recession ‘s concerns.

Inventories of the distillate fuel oil, which is most closely linked to the business cycle, are at their lowest level since 2000, according to data compiled by Reuters market analyst John Kemp. In the third quarter so far, distillate stockpiles have risen by less than 1 million barrels, an unusually slow build. Camp noted that this is one of the smallest distillate inventory levels in the past four decades.

A slowdown could help rebalance those very low levels of distillate inventories, but that rebalancing could require a deeper and longer downturn, Kemp said.

In fact, the U.S. economy is slowing. The Commerce Department’s estimates on Thursday showed GDP contracted 0.9% in the second quarter, following a 1.6% decline in the first quarter. In theory, the GDP data fits a common definition of a recession — two consecutive quarters of GDP contraction.

But policymakers insist the “technical” recession is not a broad one because many areas of the economy remain strong, especially the labor market, and the external conditions driving inflation higher are unique.

“When you’re creating nearly 400,000 jobs a month, it’s not a recession,” Treasury Secretary Janet Yellen said on NBC’s Meet the Press a few days before the GDP data.

Policymakers acknowledged the slowdown, but the U.S. economy showed no signs of a broad recession. “I don’t think the U.S. is in a recession right now. The reason is that there are so many areas of the economy that are doing really well,” Federal Reserve Chairman Jerome Powell said at a news conference this week after the central bank announced another hike in key interest rates. 75 basis points.

“In fact, last year’s economic growth was very high, at 5.5%. We expect growth to slow, and now there are more aspects of slowing,” Powell said. He also reiterated the Fed’s goal of a “soft landing.”