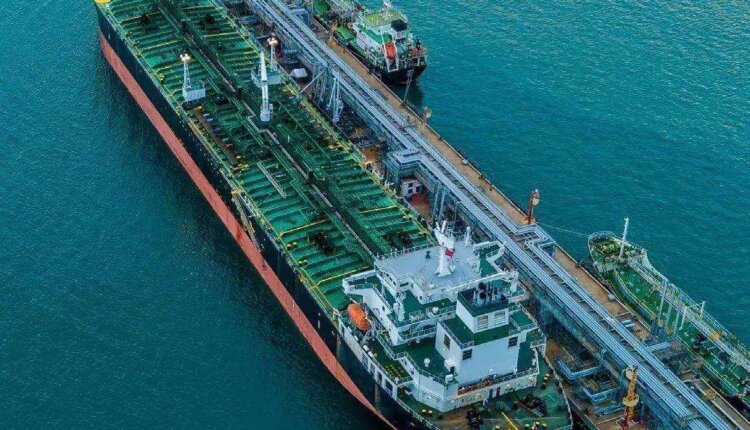 The oil tanker market will face major crossroads in the coming weeks and months. Allied, a shipping broker, said in its latest weekly report.

Over the past few months, the crude oil tanker market has successfully achieved continuous gains, and the freight rates of all tankers of different sizes have improved considerably since the beginning of June.

Even large super-large tankers have shown a significant recovery path, and people are beginning to hope that even their freight rates will reach impressive levels before the end of summer. However, we seem to be in another transformation, which seems to have ‘stepped on the brake’ in the past week.

According to Mr. George Lazaridis, director of research and evaluation of Allied, “As concerns about the potential demand and consumption harm caused by the global economic slowdown increase, crude oil prices have been steadily showing a downward trend since the beginning of June.

What’s more noteworthy is that although the supply in the market is still relatively tight, there has been such a decline. As the price fell, shipments reappeared, which helped to increase freight rates in the entire crude oil tanker sector. However, it seems that this trend has come to an end, with several major importers showing inventories inflation and weak demand and consumption levels.

The news that factory activity in July in China this week was weaker than most market analysts expected was a “cold shower” for most traders because it exacerbated the weakness of the purchasing managers index in South Korea and the euro area and the contraction of the U.S. economy for the second consecutive quarter.

The data of other major emerging economies such as India are not much better. Lazaridis said: “In the past week, India’s crude oil stocks have reached their highest level since December, indicating that the desire for further imports may decline in the coming month.”

Analysts at Allied added, “However, it is still unclear how things will move forward. Since the beginning of this year, the oil market has experienced widespread fluctuations, which have not been seen since the 2008 financial crisis. At the same time, it seems that Saudi Arabia’s crude oil exports soared to the highest level since April 2020 in July.

Libya’s crude oil production also rose this month, returning to 1.2 million cubic meters per day in early April. If we see the market free from relatively tight supply conditions, the resulting decline in oil prices may help trigger a buying frenzy in major importing countries, despite what the global economy is doing, because most people want to reserve with cheaper inventories.”

Given that the energy market is expected to be more volatile and difficult in the autumn, many countries will seek to hoard any and all the cheap energy resources they can get. If we see a large enough decline in crude oil prices, the freight market is likely to have a new and widespread rebound, even during the rest of the summer.

At the same time, as refining profits are still at an all-time high, most major refineries will try to keep their crude oil stocks high so that they can take advantage of any and all price arbitrage opportunities in petroleum products.

In a word, the tanker market may have noticed a brief pause in its recent rise in the past week, but there still seems to be many opportunities for further improvement in the market. Given the current volatility and uncertainty in the energy market, whether these will be realized as soon as possible is a thorny issue,” Lazaridis concluded.

Han Wenxiu said, “Since the reform and opening up, the development of the non-public economy has continued to grow.

At present, it accounts for more than half of China’s economy, and it is still rising. The plenary session proposed to improve the policy system for building pro-Qing government-business relations and promote the healthy development of the non-public economy and the healthy growth of non-public economic personnel.”

According to him, over the years, China has taken public ownership as the main body and the common development of multi-ownership economy as the basic economic system.

One of the major innovations of the Fourth Plenary Session of the 19th Central Committee is that on this basis, the distribution according to work is the main body, multiple distribution methods coexist, and the socialist market economy system is upgraded to a basic economic system.