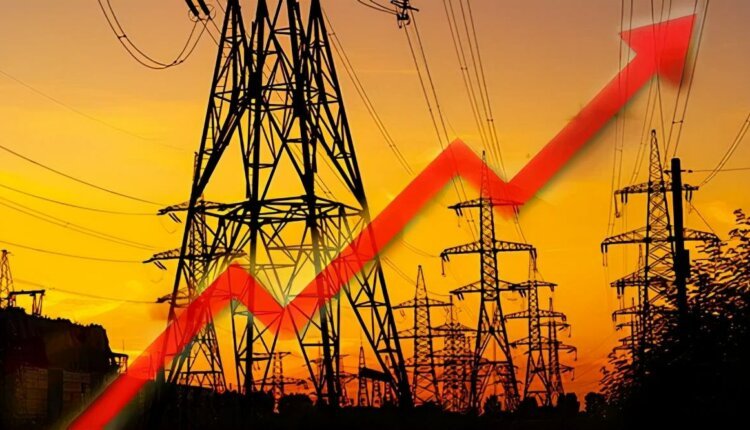 About Rising Natural Gas Prices, The U.S. Energy Information Administration (EIA) said in an analysis report on Friday that the increase in fuel prices in the United States in 2021, especially the increase in natural gas prices, will drive up wholesale electricity prices in all regions.

Rising Natural Gas Prices is main issue as, Average wholesale prices in 2021 will be higher than in 2020 in all major U.S. trade centers, largely due to rising fuel costs for power generation. Natural gas accounts for the largest share of U.S. electricity generation, accounting for 40% of the fuel for electricity generation in 2020.

“The cost of natural gas is an important driver of electricity prices, as it is often the marginal (highest cost) fuel for the generator sets that operators send to supply electricity,” the EIA said.

In addition to generally higher natural gas prices in 2021 than in 2020, a February 2021 cold snap in Texas also caused wholesale electricity prices to spike in some areas during and after winter storms.

Wholesale electricity prices have risen in all regions in 2021 due to high natural gas prices.

Natural gas prices in Europe have been high for some time, rising as much as 800% over the same period a year earlier. Although it has fallen back, it is still at a relatively historical high.

At the same time, one of Russia’s main pipelines for delivering natural gas to Europe, the “Yamal-Europe Pipeline”, has been carrying gas in reverse for two consecutive weeks, and European public opinion has continued to ferment concerns over the natural gas crisis.

Insufficient reserves and severe cold weather have made the natural gas shortage in many parts of Europe continue lower.

High demand in Europe drove U.S. LNG exports to a record level in December, and winter supply concerns will maintain demand for the fuel, according to Refinitiv data.

About half of last month’s record U.S. LNG shipments went to Europe, up from 37% in early 2021, according to Refinitiv and the Energy Information Administration.

The gains reflect soaring demand for home heating and industrial fuels, pushing prices to record highs in Europe and Asia. The U.S. shale oil and gas boom over the past 20 years has resulted in domestic production exceeding U.S. demand by about 10 percent, so the U.S. has ample and cheap supply.

The price of Dutch gas, the benchmark for gas prices in Europe, has fallen since the end of December, and so has its premium over Asia. Asian spot natural gas prices in the Japan Korea Market (JKM) were at $34.19 per million British thermal units on Wednesday, about $4 higher than in Europe.

Two LNG cargoes originally destined for Europe were diverted this month, including one to Asia, according to people familiar with the matter. This is the opposite of what happened at the end of last year, when at least 10 cargoes bound for Asia were attracted to Europe by the price difference.

Wei Xiong, a senior analyst at consultancy Rystad Energy, said diverting LNG from Asia was a useful stop-gap measure but not a permanent substitute for a steady pipeline supply.

LNG demand in Asia could jump in January, preventing further shifts to Europe, she added.

I‘Anson said that while LNG prices in Asia are higher than in Europe, reducing the likelihood of record U.S. exports to Europe, supply could shift again if temperatures plummet there.

About 30 LNG tankers are scheduled to be delivered at ports in the UK, the Netherlands and Belgium this month, with at least 13 of them coming from the US.

While the United States is rich in natural gas, its processing and cooling capacity is limited. In December, gas flows to U.S. LNG export plants reached a record 12.2 billion cubic feet per day, or about maximum processing capacity.

Last year, the U.S. did not approve any LNG processing plants, and nearly a dozen plants proposed over the past few years are still awaiting financial commitments.

Profitable Carbon Neutral Energy, How Oil and Gas Companies Can Achieve it