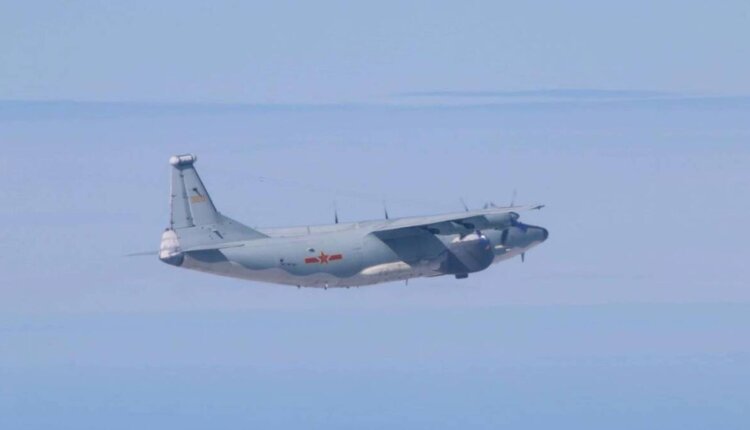 USA Taiwan trip? China strengthened According to a media report, his warnings to the US government about a possible visit to Taiwan by the American Democrat Nancy Pelosi.

The “Financial Times” (FT) reported on Saturday, citing six people familiar with the matter, that China was threatening possible military action should the Speaker of the US House of Representatives travel to the autonomously governed island. The US State Department declined to comment.

According to a report by CNN, a no-fly zone by China is even said to be under discussion. In addition, Beijing could send fighter jets into Taiwanese airspace.,China’s warnings were stronger than previous US actions regarding Taiwan. Pelosi’s possible visit to Taiwan in August has angered the Chinese state and party leadership.

The US government is politically supporting Taiwan, which Beijing sees as a provocation. US President Joe Biden repeatedly emphasizes that he wants to stand by Taiwan in the event of an attack.

According to the FT, the national security adviser of the USA, Jake Sullivan, and other senior officials of the National Security Council canceled the politician’s trip because of the risk of escalating tensions across the Taiwan Strait.

Facing threats from China, Secretary of State Annalena Baerbock warned of China’s military ambitions. “We now have to learn from mistakes and must not make the same mistakes. With a view to China, China is different today than it was 15 years ago,” said Baerbock on Deutschlandfunk. “My concern is great,” Baerbock said Deutschlandfunk.

The American secret service CIA said last week that China was determined to annex Taiwan. Corresponding announcements are also known in Berlin, said Baerbock. China no longer accepts the principle of “one country, two systems”, whatever with a view on Taiwan have ensured that democracy can exist here. “We have to take the announcements, which not only the Americans know, seriously.

That’s why we formulated the NATO strategy together: The greatest threat to direct security today is Russia, but China could become our greatest threat, because they not only have military ambitions, but also play a completely different economic role worldwide.

Economic dependencies must be reduced. “We must not be naive and be and say it’s going to be okay somehow.”

Already on Thursday the Chinese leadership had sharply criticized the Czech Republic after the Taiwanese Parliament President You Si-kun had visited the capital Prague With the invitation of the – so literally – “stubborn separatist” the basics would be laid of Czech-Chinese relations undermined, the Embassy of the People’s Republic in Prague warned on Wednesday that the EU member state must stop hear of sending out “wrong signals”.

“We are interested in normal relations with China, but we are a sovereign country,” Czech Prime Minister Petr Fiala replied.

The communist government in Beijing regards free Taiwan as a separate part of the country and is threatening to conquer it. The US government is politically supporting Taiwan, which Beijing sees as a provocation.

Since Russia’s invasion of Ukraine there have been growing concerns that Beijing, too, might one day carry out its threats. In addition, Chinese leaders are trying to isolate Taiwan internationally.,US President Joe Biden plans to meet his Chinese counterpart by the end of the month in a moment of simmering tensions between the countries over Taiwan and trade to talk to Xi Jinping. He had announced that before he fell ill with Corona.